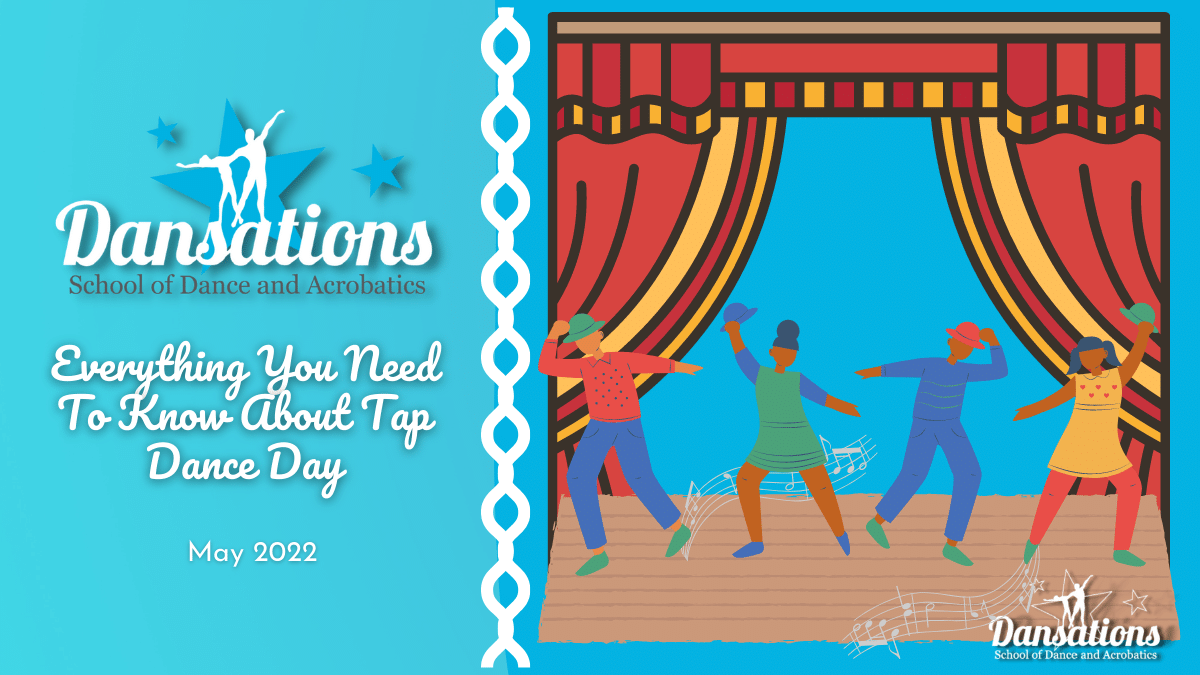 Everything You Need To Know About Tap Dance Day

When is National Tap Dance Day?

National Tap Dance Day is held annually in the United States on May 25th. National Tap Dance Day was first introduced in February 1989, celebrating tap dance as an American art form. In November 1989, then-president George H.W Bush signed it into law. May 25th, 1989 was its one-time official observance. It’s no coincidence that Tap Dance Day falls on Bill “Bojangles” Robinson’s birthday, the leading tap dancer of his time that inspired many more to follow.

National Tap Dance Day is celebrated in several countries! Obviously, the United States celebrates it, we just covered that, but who else? Well, Australia, Iceland, India, and Japan all take some time to celebrate this dancing art.

How Did Tap Dance Originate?

There are a few theories on the origin of tap dance. The most popular and likely though, is that its origins are from 19th-century slaves who had their percussion instruments confiscated. So they could express themselves, the African slaves had developed percussive dance techniques. Their percussive dance, combined with clog dancing from Europe, created a new and unique rhythm pattern and movement.

Tap dance’s evolution was catapulted into the limelight by the turn of the 20th century. Tap dance became a variety show staple and movements grew to be more rapid and complex. By the time WW2 rolled around, tap dance entrenched itself in Hollywood through stars like Shirley Temple and Bill “Bojangles” Robinson tap-dancing away on the big screen. Also, a small note, but that scene we mentioned from “The Little Colonel” is also considered the first interracial couples dance on screen.

National Tap Dance Day is also widely celebrated online too. Tap Dance Day generated 27 million mentions on social media as of 2016. People also celebrate individually by watching some of those older movies where stars are tap-dancing away, going to a dance club to watch a tap recital, or by other means.

Contact DansationsWNY today by calling us at (716).694.5196 or filling out a contact form! No matter the age of your child, there’s a program for them to get started dancing in WNY today. You can also sign up right away! Make sure to check out our Spring Schedule so you don’t miss a thing. Follow along with the blog to stay up-to-date, and check out our Facebook and Instagram pages! Go to the Buffalo area’s best school of dance and acrobatics, the premiere pre-professional dance studio, DansationsWNY! We always love seeing smiling new faces!